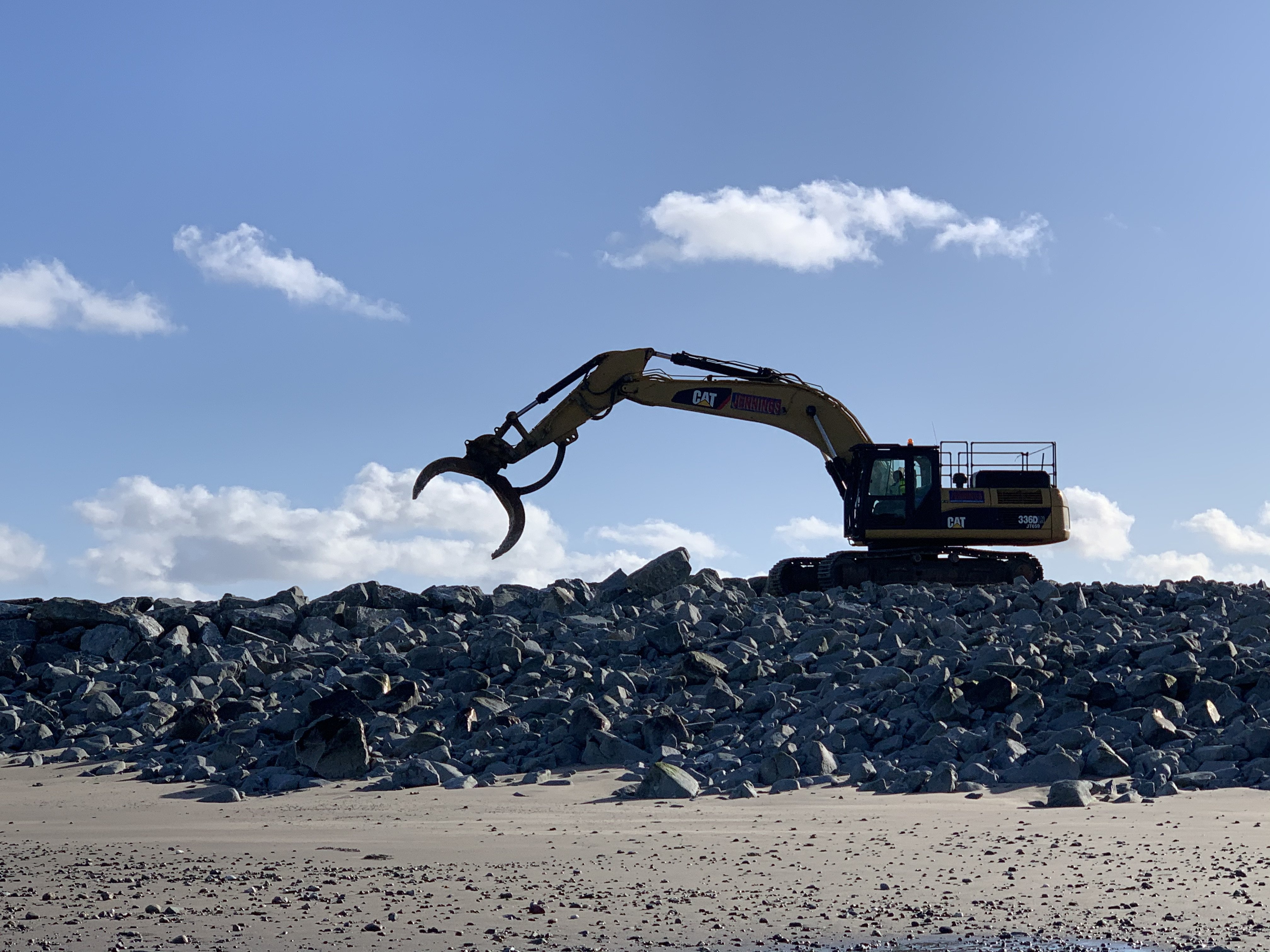 Over the past  fortnight some rather large lorries have been passing through Pwllheli with some staggeringly large grey stones in the back, destined for the harbour entrance I was told, well, this  can mean only one thing . Time for exploring.

I headed down there soon after lunch, making the most of the brightening afternoon sunshine, both dogs in tow. Nel is similar to an overactive kangaroo bouncing everywhere but poor Sali Bach is now well over twenty years old and very selective as to her walks, but I do try and get her out at least every other day. I understand very well the term ‘selective hearing by now’.

Parked up by the posh ‘Gimblet Rock Clubhouse’ and walked down, this time of the year there is a distinct lack of Range rovers and other vehicles with price tags larger than local properties, only my battered pick up today.

The last few storms have certainly left their marks. A few small breaches in the waist  high embankment of the right. There is the remnants of an old landing jetty going back to the 19th century, the remains of the old Gimblet rock  granite quarry. I photograph it quite often but its the first time I have ever seen some cross members on it, shows how much height has been stolen by mother nature.

With it being low water I was able to cheat and get closer to the works at the end, looked like the scene of the latest transformer production , two huge 50 tonne plus tracked excavators dancing in the wind, throwing around 4 tonne boulders as if they were small pebbles on the beach.

The old groyne which was built when the marina was constructed over 30 years ago, this is the term used for a peninsula of stones protruding out to sea creating a harbour wall entrance, 30 years of tides, traffic and storms have certainly played a part in its demise. Many say it was never right in the first place, but that is another story, one discussed most weekends over some pints of beer by the local fishermen and sailors. The new structure seems to be much bigger than its predecessor, the powers at be are hoping that this will stop the vast amount of shifting sands and gravel which is clogging up the channel. Only time will tell.

After many photos, a good conversation with one’s self it was time to head back home for some cake and Coffee. 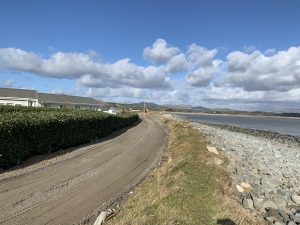 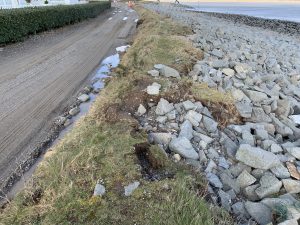 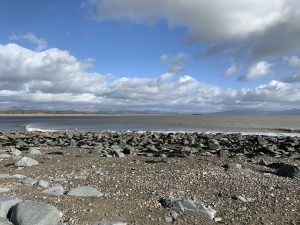 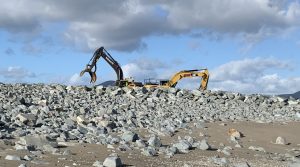 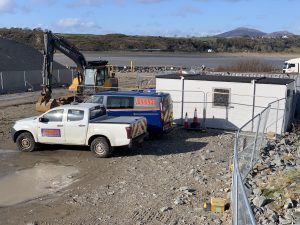 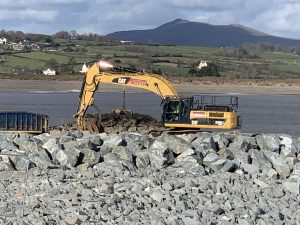 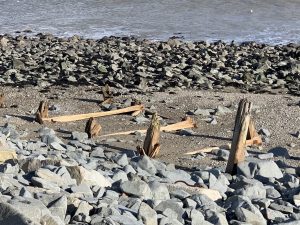 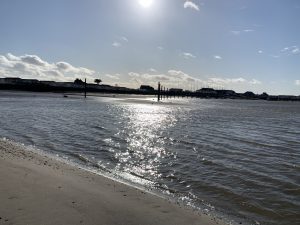 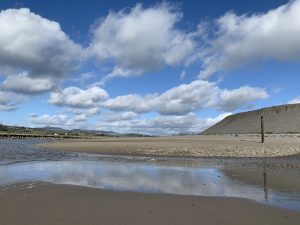 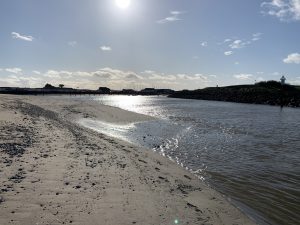 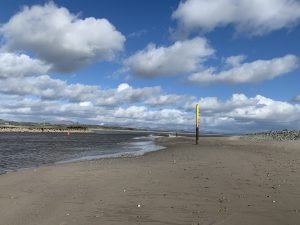 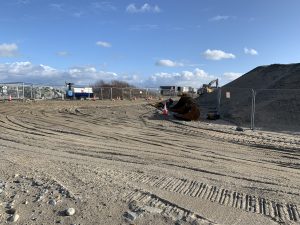 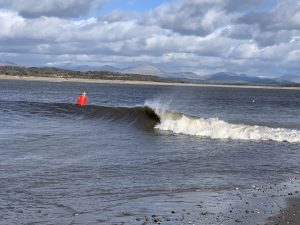 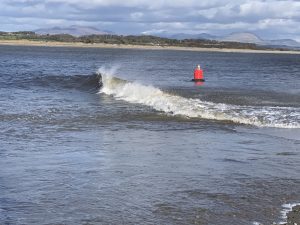 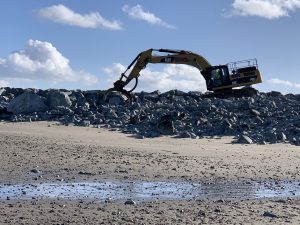 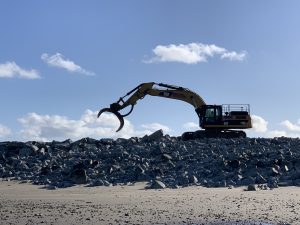 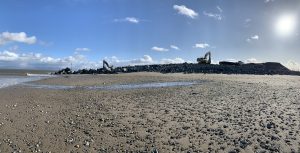 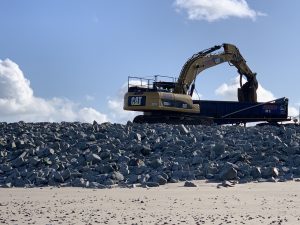 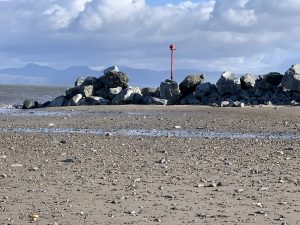 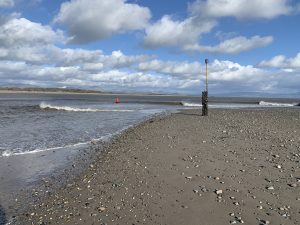