Our four luxury courtyard holiday cottages are set in 8-acres of private land and gardens in an idyllic countryside location near the market town of Pwllheli on the Llŷn Peninsula in Gwynedd, North Wales.

The cottages are decorated and furnished to the highest specifications and are perfect for “getting away from it all” holidays in peaceful surroundings, benefiting from a children’s playground, barbecue areas and private parking. The coastal resorts of Pwllheli and Nefyn, many stunning beaches, pubs/restaurants and shopping facilities are all within a 10-minute drive. The Snowdonia National Park is within a 30-minute drive.

Ideal for larger families and group of friends who enjoy holidaying together whilst still enjoying their own privacy. Bed linen, gas, electricity and Wi-Fi is included in the price, as is full use of our extensive kitchen garden, seasonal herbs, fruit and vegetables. Strictly no smoking in the holiday cottages please. Small pets welcome by prior arrangement.

Well, here I am again , been a few months since I have posted one of my blogs and I… Read More 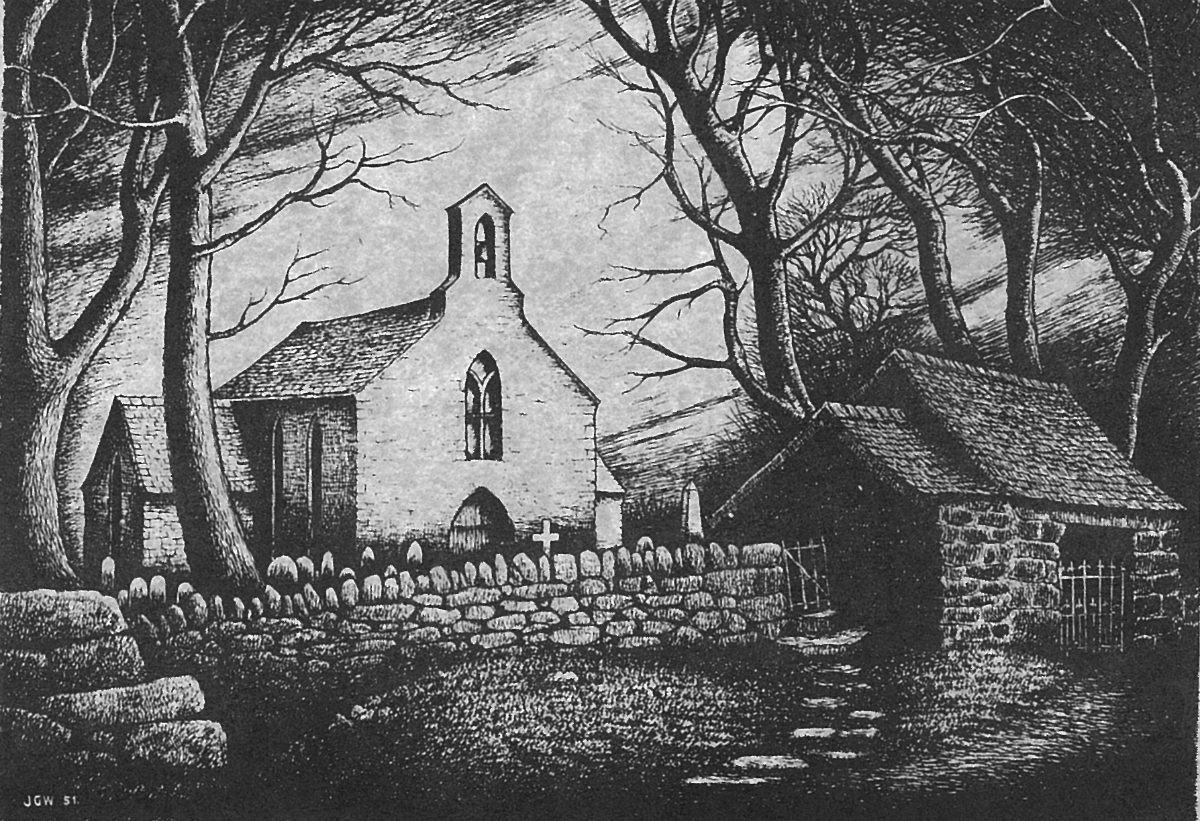 It was a lovely day and having been busy on cottage improvements for the past 6 weeks I really had to get out exploring. I have recently been reading a fantastic book about Porthmadog – Slate , Sail and Steam by John Idris Jones and was intrigued by a description of James Spooner’s burial site in a medieval church called Eglwys St Cynhaearn or more commonly known as Ynyscynhaearn in Pentrefelin. Now, I know the area very well and know of no church in Pentrefelin, I got the maps out and started searching, nothing, put a few random searches in on google, nothing much coming up, found the name St Cynhaearn and bingo, some results about this fantastic church but nothing about how to get to it. I was thinking to myself, why is this such a well kept secret, this does build even more interest and intrigue within one self, back to the maps and found a path that led down to a historical monument on a mound, well I thought to myself, this must be it.

Is it not strange how little you know about a village you pass on a weekly if not daily basis. How there is a church you have never heard of there How there is a 3.5 mtr high standing stone set in now what is tarmac on the footpath known as Maenhir Pentrefelin, with a cross and the date 1791 carved in to it , it is believed to be much earlier mind you. How there is no parking whatsoever.

I managed to find a small lane adjacent to a small housing estate and de camped there, parked up, rucksack out, crazy Nel out, lead on and away we go. We headed down the main road for a few hundred yards, I knew where the path was so not to bad, crossed the road came to the public footpath sign and then turned off. To my amazement we had a tarmac road all the way down. We had good old fashioned pasture land both sides of the road interwoven with some trees and scrubland, blackthorn was starting to show it white glory and the gorse was a lovely, summery shade of yellow dancing in spring sun. We were walking on the remains of an ancient causeway which lead down to an island known as Ynyscynhaearn, the surrounding land is all very low lying and used to be a lake fed by a river with brackish water, in the 19th century the river was diverted and a shale bank developed thus draining the lake and cutting it off from the sea, when you glance over to the right you can still see the marshland and the road makes so much more sense when you imagine it being surrounded by water. What a sight it must have been then, all those years ago. On stormy, wild days it was very difficult to get to the church at times.

As you approach closer first thing you notice is the sense of solitude and sanctuary within this small church yard flanked by some mature trees and a lovely stone wall enclosing it, it really does look like an island in the middle of a sea of green grass by now. The first real feeling of the magnificent history of this place is when you approach the timeless lynch gate that grants you access into the churchyard, when looking at it in detail you can imagine if not hear the dozens of churchgoers, be it on foot or horseback making their way down the causeway. As you open the well worn gate and head through it suddenly hits you that this is a the final resting place for many people from local wealthy landowners, bards, businesspeople, sea captains as well as the local, more humble farm workers. One thing is certain about death, it certainly is a great leveler, yes some graves are more grand than others but they are all graves.

Services ended at Ynyscynhaearn in 1983 but it is still remains consecrated and was taken under the wing of the Friends of friendless churches in 2003. It is listed as a grade II by Cadw. Records show that there was a church on the site during the 7th century, nave from the 12th century, north transept added during the 16th century and the south during the 17th, it was partially rebuilt to what we can now see in 1832.

From the outside the church itself is a very pretty little thing if being quite plain and simplistic in design , but once you open the heavy wooden door then it all changes from then. Now I am no expert on churches and church architecture but even to me its clearly obvious that this is special and quite different form your run of the mill estate church. Many notable figures involved with the booming slate industry during the 1800’s had links with the church so maybe some money was spent on it during its rebuild. First thing that hit me was the three decked pulpit on the right hand side of the building, then the fine array of stained glass windows. As you approach the fabulous alter you notice the wonderful painted floor, still intact today. ‘No organ’ I thought to myself, how can a church be without organ , then I turned around to see the most remarkable organ situated on the first floor gallery above the entrance in the west gallery, apparently its a Flight and Robson chamber organ, not that it means much to me . Another interesting feature is the tiered pews in the North transept with the names of all the local estate owners carefully painted on to them , everyone had their seats. I could go on about various features but if you are interested in its history then please look it up yourself. There is a fantastic piece on it called ‘Four Graves at Ynyscynhaearn’ by Gary Hill, do a search on google for it.

The graveyard itself is fascinating with so much history there, the final resting place for some notable people such as

James Spooner and his family – founder and developer of the Ffestiniog railway.

John Ystumllun(Jac Black) – a young boy who was brought to Ystumllyn as a slave but soon integrated in to local society learning to speak both welsh and english, married locally and was an accomplished horticulturist, his bloodline still live on.

Robert Isaac Jones (Alltud Eifion) – Famous pharmacist, inventor of many famous pills and potions as well as being a very well known bard.

I spent the following hour exploring the graveyard and imagining these people going around their daily lives. One thing that did surprise me was the amount of people living well in to their 80’s during the 17th & 18th Century, this small part of Wales must have been a very happy and healthy place to live in .

We closed the door behind us and myself and Crazy Nel starter our short journey back up the now tarmacked causeway just wondering to ourselves about the lives of the locality over the years, it’s easy to see these things through rose tinted glasses, one thing I do believe in though, it might have been a tough and hard life, but I do think people were much more content with their lives back then.

What a wonderful journey I thought to myself, Nel agreed waging her tail, but that might have been the interest she showed in my chocolate Bounty .

Note. The church is funded and looked after by the ‘friends of the friendless churches’, look them up, there are a few places on there no matter where you live, they do sterling work to maintain these wonderful snapshots in time. If you have time then please subscribe to them and help fund their work.


Warning: Use of undefined constant is_single - assumed 'is_single' (this will throw an Error in a future version of PHP) in /home/customer/www/rhosyddbach.co.uk/public_html/wp-content/themes/rhosydd-agency/index.php on line 51