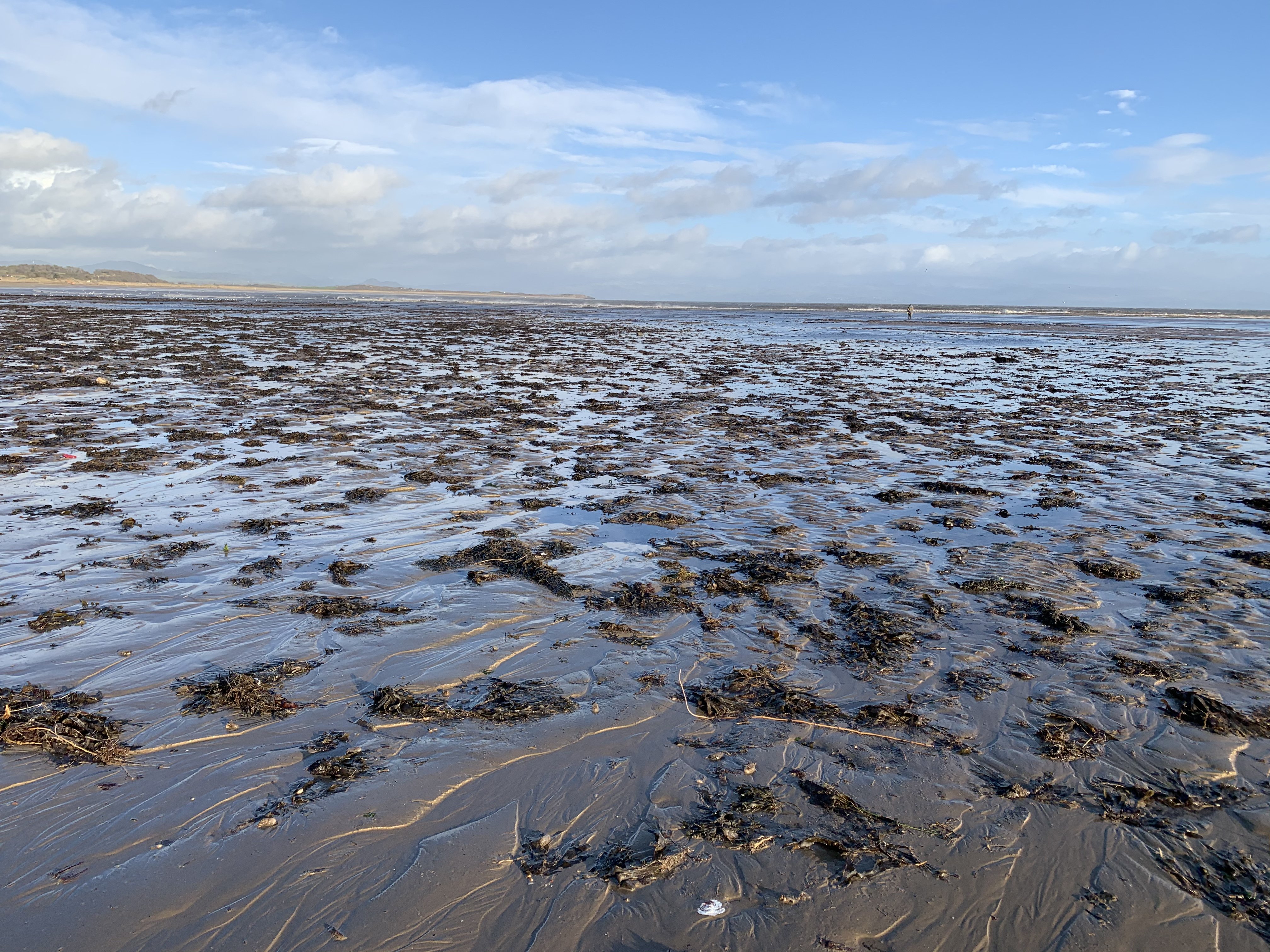 It was 4 o clock and I needed a break,I was aware that this week we were on springs(spring tides), for those who don’t know, the height of the tides vary from day to day in a monthly oscillating patterns from high to low dependent on the state of the moon. Sometimes they can be even higher than usual,this is called a spring tide. Basically it comes in a lot more, when it coincides with a storm then you can imagine the consequences, what also comes in more also goes out more so springs are a good time to get to parts of the beach not normally accessible. This was low water on a spring.

‘Lan Mor Berch’ as we have always called it is the local name for Abererch Beach although we are two miles from the village of Abererch, that’s the way its always been, the actual beach at Abererch is actually known as ‘Abererch Sands’ due to the campsite which is located there, don’t you just love the origins of names. In any case tide was on a low water spring and out for a very good distance ,not seen it like this for years, dogs could run and run and run. It was quite chilly down there at this time of the day, three  deg I reckon and beholden to me a lady passed me with a pair of shorts, coat and a bright orange bag, heading 1/2 a mile out towards the sea on the horizon, I could hardly make her out at this stage, she takes off her coat and dives in to the breaking waves of the sea, spends about twenty mins in there and them makes a hastily retreat, now that’s hardcore .

We have a few scallop beds of the coast at Pwllheli and after a violent storm such as ‘Ciara’ some get dislodged and end up being swept up on the beach, a fantastic free bounty from the sea. After such a storm you can always see two or three people walking the mud flats with baskets in hand collecting the scallops, they can be there at times at first light or late at night, but you must be there first to get the pick, somehow this task always fails me. Fresh local scallops pan fried for a minute in some local welsh butter and a drop of wine – now it doesn’t get any better than that .

Well,all I can say that after an hour on this lovely beach with wind blowing in my face,I shan’t say hair as the years have not been kind to me when it comes to hair,the batteries were certainly recharged. 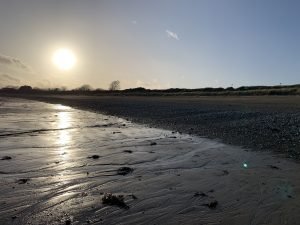 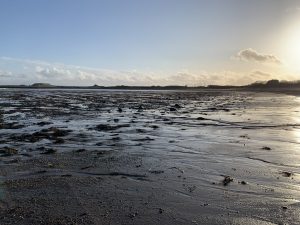 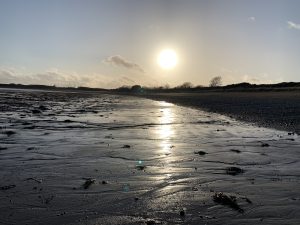 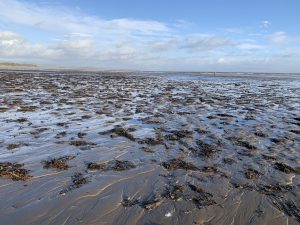