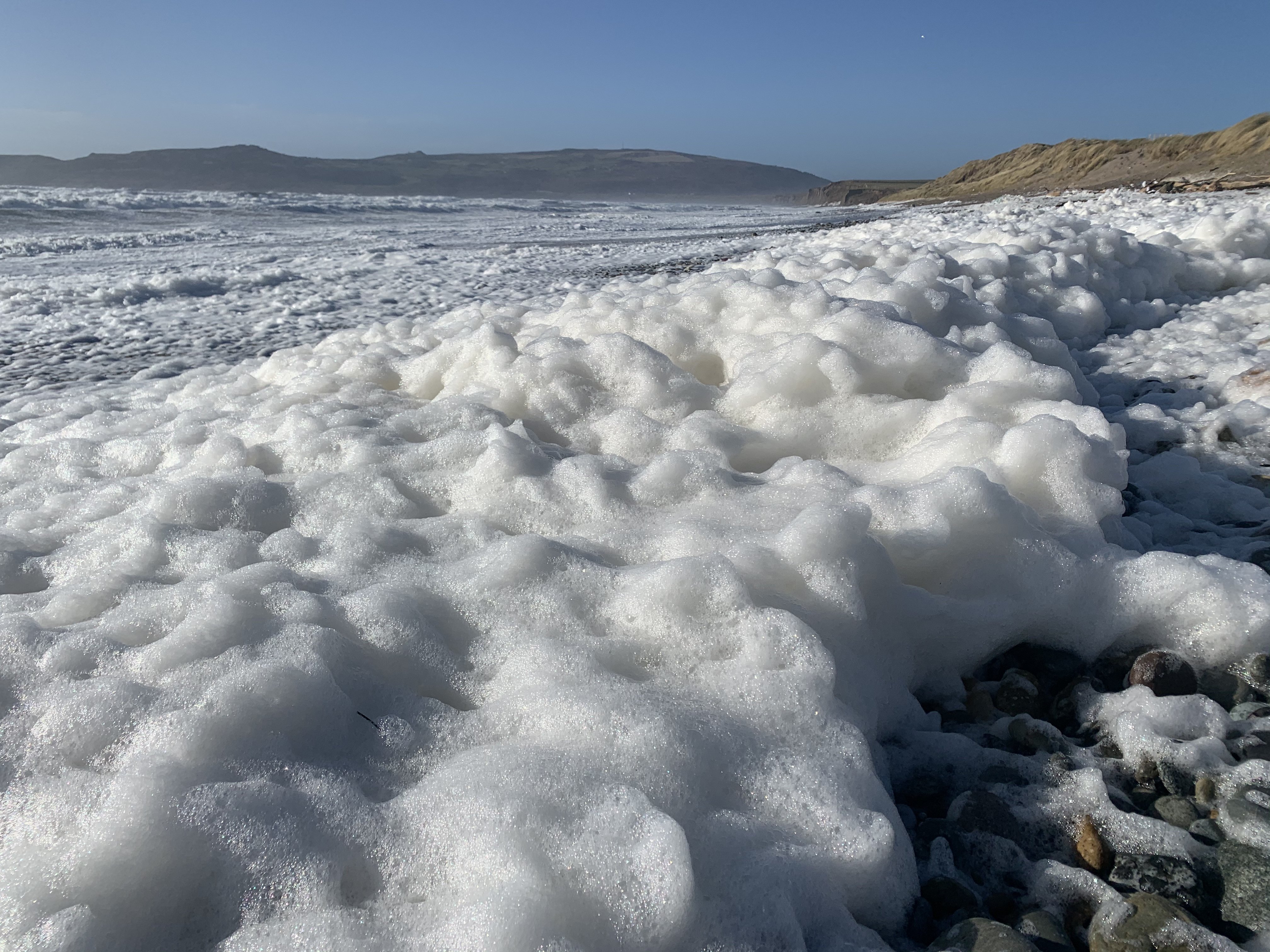 Storm Dennis had certainly arrived, on the whole we were lucky on the Llyn, some rain Saturday as well as some very strong winds but nothing compared to South Wales and up North. The usual few trees down having been dancing to Dennis’s wild composition of wind and rain requiem. It is a rather strange tradition I do believe naming all these storms as if they were good close friends. Many moons ago we just called it ‘Winter’.

In any case Sunday afternoon we decided to make our way down to Porth Neigwl otherwise known as Hell’s Mouth, you must admit the true welsh name is more forgiving as well as being a tad romantic, why ever not. Porth Neigwl is one of the largest bays on the Llyn with the shoreline making nearly eight mile long curve on the south side of the Peninsula. The bay itself is very shallow hence a very strong tide running and when the wind gets behind the tide, huge rolling waves delivering the ferocity of the Irish sea if not the North Atlantic ocean. Do you know if you took a straight line from the shoreline out to sea the next port of call is Cuba, leaving southern Ireland  a few miles to the right of the plotted course. I’ve said before my talents are wasted here, I should be in the local pub quiz team. There are reputed to be over one hundred shipwrecks within the waters of Porth Neigwl.

The coast is accessed from a small car park down a path which cuts through the dunes, it was very wet down there but when we arrived down on the beach I thought we had arrived at some magical winter wonderland, with sea foam – Ewyn Y Mor we call it in Wales, replacing snow. It was everywhere, making foam drifts, flying in the air, Crazy Nel wasn’t too sure though, she saw it akin to being chased by some mythical sea monster, never have I seen a ferocious Westie diving for the dunes for shelter and security.

The sea was certainly awake from its winter slumber, waves breaking everywhere, a good hundred meters between breaking waves, some getting to a good 3 mtrs in height, all to the wonderful sunny backdrop of Mynydd Rhiw. The sea has once more taken more land in to its property decimating the cliff edges and dunes. You can see from one photo the roots exposed of a ‘yesterday dune’, a manhole on the cliff top now receding on the beach and the hanging fence-lines awaiting their fates. Call it global warming, climate change, over development, call it what you want, its here to stay – that is for certain.

Now back to pub quizzes.  A very interesting fact about the area. As part of the RAF airfield at Pen y Berth, Penrhos in 1936 Porth Neigwl became a bombing range and practice range for trainee airmen  until 1945, you will notice all the concrete walls and strange structures around the fields. There was an oval narrow gauge railway  where a model aircraft was propelled along for trainee gunners to practice on. There is a very good video of it on the web, I shall try my best to find it for you… 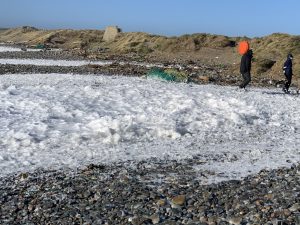 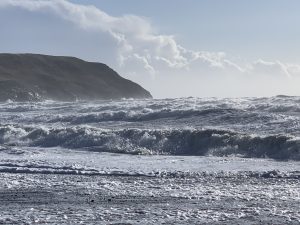 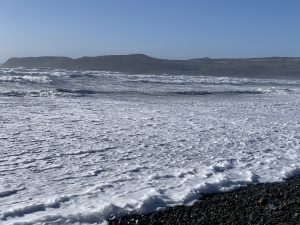 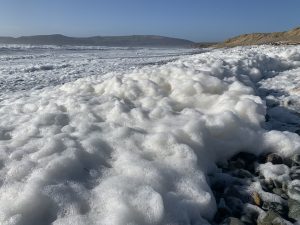 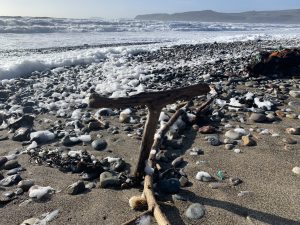 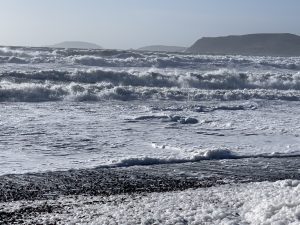 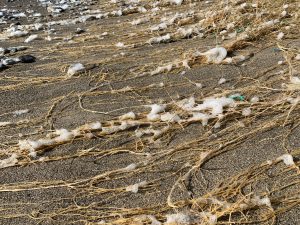 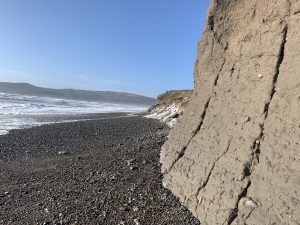 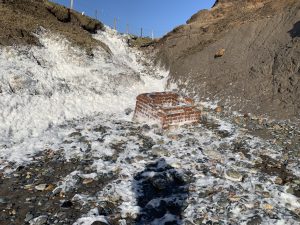 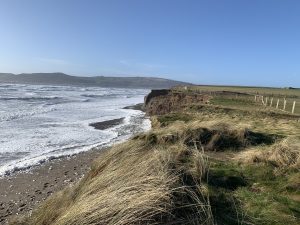 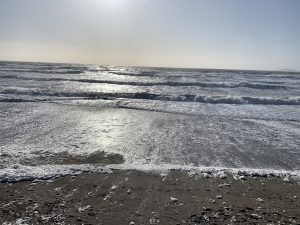