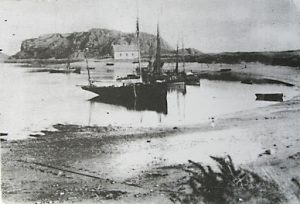 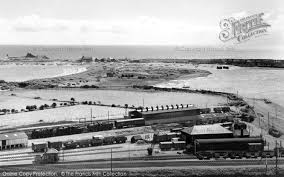 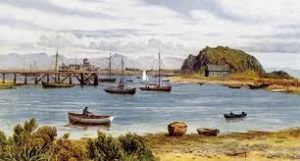 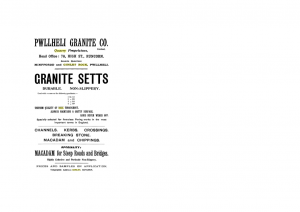 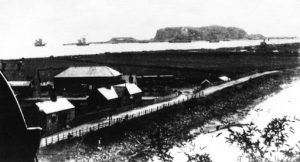 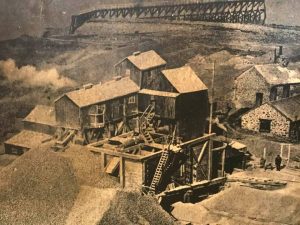 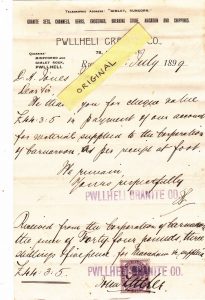 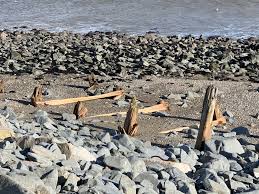 Carreg Yr Imbyll was once an impressive large lump of dolerite rock(commonly known as granite) protruding out of Cardigan Bay, before it was carved by the quarrymen during the late 19th nineteenth and early 20th Century. There was huge demand for Setts in order to pave the quickly expanding Major cities of England such as London, Manchester , Liverpool and Birmingham. What remains of the rock today is a pale shadow of what once sat in the middle of the bay.

This was one of many quarries operating during this period on the Llŷn , others being in Llanbedrog, Nefyn, Pistyll, Nant Gwrtheyrn and Trefor.

It was operated by Liverpool and Pwllheli Granite Company from late 19th Century( not sure on exact date) until its closure in November 1915, when 50 men lost their work, at this time is was a big employer in such a small market town as Pwllheli. Unfortunately, many of the other quarries were also closing their doors so many of the quarrymen left the area to find employment elsewhere. It had its own loading jetty of which remains can still be seen today.

The rock can still be seen today as a landmark of Pwllheli, perching over the sea, helping to guide people in to the safe harbour behind. It is now a very popular spot for fishermen. The far side of the rock is now the basis of a large holiday village, Gimblet caravan park . On low water you can still see clearly the plateau of solid bed rock stretching in front of the park and out in to the sea.

There is even a Hornby railway carriage decorated and freely available in the livery of Liverpool and Pwllheli Granite company.